Ten celebrities you would never have guessed were once Teachers

Teaching is widely considered to be one of the world’s oldest professions. Although being a teacher may look a little different this year than in previous years, one thing that has not changed is the unique set of skills needed to succeed in the important task of shaping young minds.

Not everyone can hack it, but it is not surprising that some of the most influential artists, politicians, musicians, and actors started out in the classroom.

To say thank you to teachers across the UK for all their hard work teaching during the Covid 19 Pandemic, Motorfinity Leasing extended its popular NHS, Emergency Services, Armed Forces and Social Care discount service to teachers. Educators can access market-leading bespoke offers in acknowledgement of the spectacular work they do to continue to inspire our students’ lives.

In celebration, we have compiled a list of ten surprising former teachers who are now in the public eye. 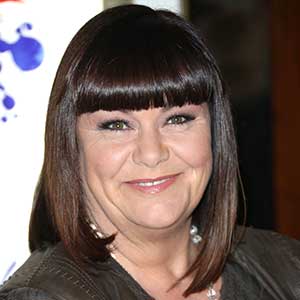 The Vicar of Dibley and one half of popular comedy duo French and Saunders, comedienne Dawn French worked as an English and Drama teacher at the Parliament Hill School for Girls whilst hustling on the Soho comic strip in the ‘80s. A popular teacher amongst staff and students, she routinely merged comedy with teaching by making the students laugh with her antics.

A Team and Rocky actor, Mr T, real name Lawrence Tureaud, pitied no fools in his gym class in Chicago, where he taught P.E. The actor and WWF star had many strings to his bow and he has carried the compassion he had as a teacher through to his charity work where he gives huge support to the Make A Wish Foundation visiting many terminally ill children.

The Australian Greatest Showman star who is also known for his portrayal of Wolverine in the X-Men series, began work as a P.E, English and Drama teacher at the Uppingham School in London before taking to the big screen. He always fondly remembers his past students and has even famously called them out on red carpets.

Hamilton writer and star, who was most recently seen in the new Mary Poppins film, worked as an English teacher at his former school in Manhattan, Hunter College High School. It was here that he wrote his first musical. Still passionate about education, Miranda has launched the Hamilton Education Programme, a classroom initiative that walks through the Hamilton creative process, ending with students creating and performing their own productions.

Bringing his intelligence and positive message for hope to the classroom, former president of the United States, Barack Obama, taught constitutional law and race theory for 12 years at the University of Chicago Law School before turning his hand to politics. 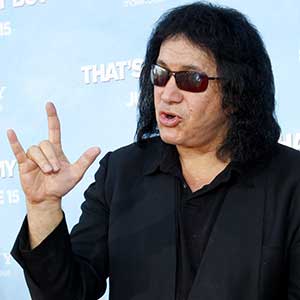 KISS bassist and frontman, Gene Simmons, often seen with his tongue sticking out and in eccentric clothing and make up, actually started out in the classroom, teaching sixth grade in Harlem and claims to almost regret making the switch to music legend. Forever the rebel, he got in trouble with staff and parents for handing out Spider-Man comics to read instead of the Shakespeare Novels he was supposed to be teaching from. He claimed that he thought the students were more likely to read them.

Famous for his boxing prowess (and of course that iconic run through the streets of Philadelphia), Rocky star and global action hero Sylvester Stallone started out in the noble profession of teaching at the American College in Switzerland, where he taught various sports.

Funny man Greg Davies did not need to reach too far to play the part of a grumpy teacher, Mr Gilbert, in The Inbetweeners. For 13 years he taught in real life too, teaching English and drama at Langleywood School, Orleans Park School and Sandhurst School. His Inbetweeners role saw him play a mean headmaster but in reality, his students loved him. He was even nominated by one of them for the prestigious ‘Teacher of The Year’ award for being “a well good laugh that didn’t make them do any work”. Greg Davies himself admits that this is probably not the most inspirational reasons.

From teaching football in the cold fields to singing ‘Fields of Gold’ on the stage, Sting (real name Gordon Sumner) taught English and music at St Catherine’s Convent School in Newcastle. Sting, who was the only teacher there who was not a nun, is still a massive supporter of raising teacher salaries. 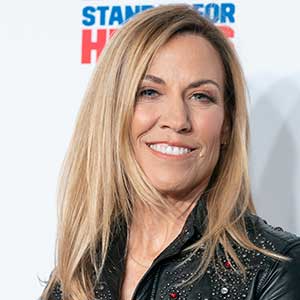 On the winding road to becoming a multiple Grammy award winning musician, Sheryl Crow worked as a music teacher at Kellison Elementary School in Missouri, working hard teaching in the day and playing with bands at weekends. She is still passionate about education and has donated thousands of dollars for classroom supplies to her old school through the ‘Adopt a Classroom’ Charity.